When a relationship that includes children ends, there needs to be some type of agreement on how to raise the children, including which parent will be the primary caregiver and a visitation schedule for the other parent. The preference is for the parents to arrive at an agreement regarding Arizona child custody. However, when the parents cannot agree, Arizona child custody court’s makes a determination based on what it considers to be in the best interests of the child.

A significant number of Arizona parents reach agreements on Arizona child custody with very little court involvement. When it comes to those parents who are unable to reach an agreement, the family court steps in and the Court must consider a variety of factors when making its decision. The judge may ask any or all of the following questions:

In addition to answering these questions, the court looks at certain parent behaviors. For example, parents who display a willingness to compromise and negotiate are likely going to appear more likely to make decision-based upon the best interest of the child and not simply to annoy or harass the other parent. At the same time, parents who make false accusations against the other parent, such as unsubstantiated claims of abuse, typically find the court making rulings which place restrictions upon their interactions with the kids or ruling unfavorably against them.

We're ready to help you with your custody issues. Contact us now to get started!

When parents cannot agree on child custody, Attorney’s typically will help their client formulate a parenting and visitation schedule that includes weekends, holidays, birthdays, and school vacation time and present arguments to the Court as to why their client’s parenting plan is in the best interest of the child(ren).

The judge considers the feasibility of joint custody, looking at factors such as the distance between each parent. Arizona family court judges may order joint custody even when one parent objects. The judge may also grant visitation to grandparents if such a request was filed and it would be in the best interest of the children.

In making custody decisions, the judge may review expert witness testimony, such as a mental health expert who interviews the parents, the child(ren), and possible witnesses or extended family members. The expert typically creates a report of his or her evaluation and provides this report to the judge.

The Types of Child Custody 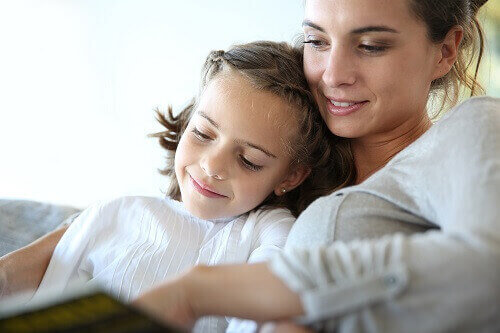 Sole legal decision making indicates that the court determined one parent has ultimate authority in making major decisions for the child, including questions around education and healthcare. Both parents may still work together to come to a compromise, but final decision-making authority rests with the parent granted sole custody.

Joint legal decision making grants both parents equal rights as far as making major decisions for the child. A joint custody order requires both parents to submit a parenting plan. Even in joint custody decisions, however, one parent may be granted ultimate authority to make these decisions after a reasonable effort to consult with the other parent.

In loco parentis is when a non-parent fulfills the parental role for the child. This person may petition the court for either custody or parenting time, provided he or she has a significant, meaningful history with the child and can prove such placement is in the child’s best interest. An award of in loco parentis requires proving one of the following:

What is Parenting Time?

The answer to this seems obvious: it’s the time you spend parenting your child. Arizona law requires that a parenting plan be created and address certain issues as they relate to the child.

A parenting plan must include:

The Parenting Time Plan offers a level of predictability and stability that is especially beneficial for the child.

If you are facing any custody issues, contact us now to schedule a consultation!