Driving under the influence of alcohol or drugs is one of the most common infractions across America. In 2015, the country as a whole arrested 1,171,903 people for DUI. The State Justice Department, Federal Highway Administration offers myriad drunk driving statistics. 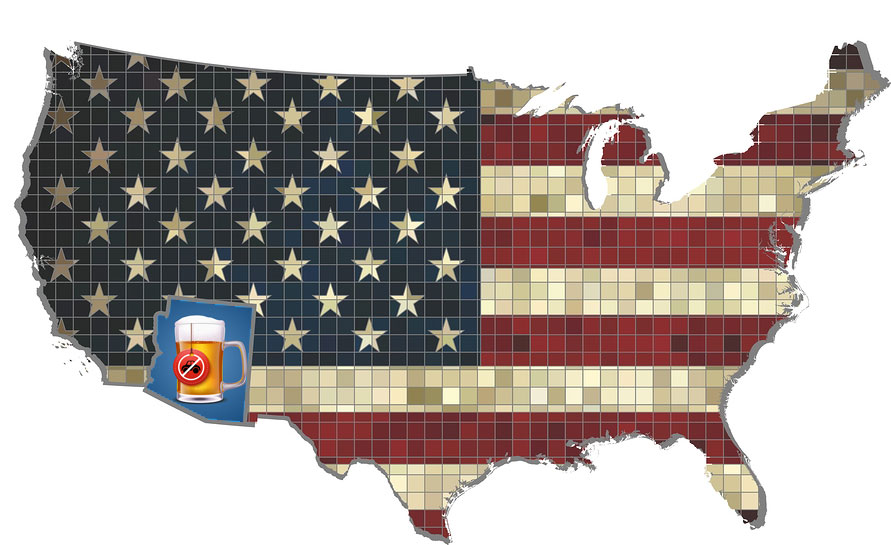 How Do DUI Penalties Compare?

Arizona is widely recognized as having some of the harshest DUI penalties in America. But how do these penalties compare to the states with the highest and lowest rates of DUI arrests? The table below assumes it is the driver's first offense on a standard DUI charge, meaning a BAC of 0.08 percent or higher.

In 2018, there were a total of 4,651 alcohol-related car crashes in Arizona, which accounts for 3.66% of all car accidents in the state. Of those accidents, almost 47% of them resulted in injury or death.

In 2015, the most recent year for fatality statistics, 10,265 people lost their lives in automobile accidents in which at least one driver was alcohol-impaired. This equals 29.25 percent of all traffic-related deaths.

The following table presents the total number of accident fatalities in 2015, and what percentage of those were due to one or more drivers being DUI. The table is sorted by percentage, with Rhode Island having the highest percent of alcohol-related accident fatalities and Utah the lowest.

The National Highway Traffic Safety Administration (NHTSA) provides a breakdown of when fatal accidents occur (day versus night, weekday versus weekend) and demographics of the drivers and their vehicles. Please note that, in some instances, the total numbers do not equal the demographic breakdowns. This is due to the fact that these factors are unknown in some accidents.

In the following table, daytime is measured as occurring between 6:00 AM and 5:59 PM. The weekend begins at 5:59 PM Friday and ends at 5:59 AM Monday morning.

Fatal Drivers by Day and Time

Drivers in Fatal Accidents by Age

Drivers in Fatal Accidents by Gender

Arizona saw 22,367 DUI arrests in 2015 (the most recent year these statistics are available), the eleventh highest rate nationwide in both number and percentage of the population. With an estimated population of 5,108,556, the number of people arrested for DUI in Arizona equals 0.43 percent of the state's overall population.

The following table presents the total number of DUI arrests in 2015, and what percentage that number is of the state's overall population. The table is sorted by percentage, with South Dakota having the highest percent of DUI arrests and Delaware the lowest.